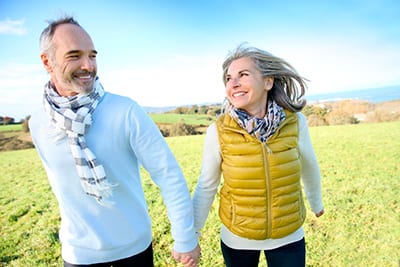 Alison and Jeremy lived in a large home in a prime location but they dreamed of building a smaller home on the outskirts of the city in retirement.  They owned the land which they bought for only $35,000 many years ago.  The land was conservatively worth $400,000 now.  As Jeremy was an architect and Alison was a designer, plans were already drawn up and they were able to pull some favours to reduce the building costs but it was still going to cost $240,000 to build the house.

They came to us thinking they could withdraw all their super as they were over 55 and use this to build the new home – as why should they keep their money in super when markets were going down!  We were able to show them a better executive financial planning strategy.

Firstly we found out that their existing home was valued conservatively at $2,400,000.  They only paid $40,000 30 years before and had spent some money renovating it over time but the value was really because they bought well.  They did not have a mortgage but had a line of credit secured by the home for $300,000.  We decided they should use this line of credit to build the new home.

Their two adult kids living at home was a big issue.  Alison felt they could not move if the kids were still with them. Both kids had finished university without a HECS debt and were both in great well paying secure jobs.

We recommended that they should start charging the kids rent or board – this income would help the kids learn to budget, may stop thinking that the family home was available to them forever and get them to start planning their own lives.  This board covered the interest costs on the line of credit facility they would be using for the new home.

Moving to another area in retirement is a dream of many people but we recommended that when the new home was first completed that they move in and live there for at least three months to both finish off the house and to see if they could really adjust to the area. If all was ok then they should then sell their family home.

This put the kids on notice that they planned to sell their large home in 12 months time – giving the kids time to sort out alternative accommodation or even think about buying their own homes. Both Jeremy and Alison were self employed so rather than have to retire they could simply move and reduce their hours over time and ease into retirement. On the sale of the home our financial planners recommended:

This shows that executive financial planning is not a one off event as this was a step by step plan that was reliant on the completion of the previous event before the next piece of advice could happen. If we had met with Alison and Jeremy just once we may not have been able to ensure the best possible outcome for them.

The first few years of moving into retirement and then retiring are huge adjustments from both a lifestyle and a financial point of view. Our expert financial planners and financial advisors were able to ‘hold their hands’ through this complicated legislative and investment process and set them up for life.

Find out how we can help you

Our insights have been reported in: